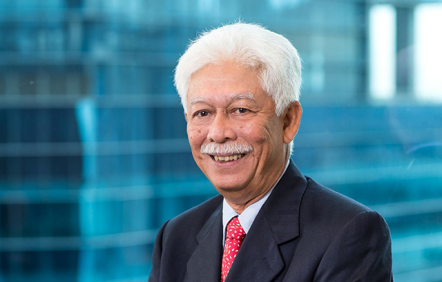 He is also Chairman of Singapore Power, Chairman of Sembcorp Marine and an Independent Director of Sembcorp Industries. Tan Sri Hassan is a Senior Advisor at Temasek International Advisors.

From 1995 to 2010, Tan Sri Hassan was the President and Chief Executive Officer of Petroliam Nasional Berhad (PETRONAS), where he also served as Chairman of several of PETRONAS' public listed subsidiaries. Under his leadership, PETRONAS transformed from a natural gas exporter into an advanced state-owned oil and gas company with a broad international presence. Tan Sri Hassan also served as a Non-executive Director of the Bank Negara Malaysia from 2005 to 2010 and was also an Independent Director of ConocoPhillips between 2011 and 2013.

Tan Sri Hassan was previously an Energy Governor and Energy Community Chairman of the World Economic Forum (WEF). He was also a Board Member of the WEF's Partnering Against Corruption Initiative (PACI) and a Council Member of the WEF's Council of 100 Leaders.

He served as Council Member on the International Investment Council, South Africa and as Council Member of the Commonwealth Business Council. Tan Sri Hassan was the Pro Chancellor of the Universiti Teknologi PETRONAS, which was established in 1997 and has grown to be one of the most prominent private universities in Malaysia.

In 1997, Tan Sri Hassan was conferred the Panglima Setia Mahkota (PSM), which carries the title Tan Sri, by the King of Malaysia. He was also a recipient of the Commandeur de la Legion D'Honneur by the Government of France in 2000 and the Friendship Medal (First Class) by the Government of Vietnam in 2000. Tan Sri Hassan was awarded an Honourary Doctorate (Engineering) by the University of Malaya, Malaysia in 2001; and an Honourary Doctorate (Corporate Governance) by the Universiti Teknologi MARA, Malaysia in 2006.